Merry Christmas – and I Need Your Help… 10 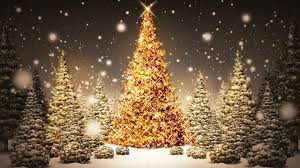 Please give me your feedback in the comments below…

I am currently working on another stand-alone book: Running with Argentine
First Officer Argentine wasn’t necessarily ambitious. In the People’s Republic of Chezden that was a dangerous game to play. But still, he’d carved out a nice niche for himself and was content to play along. He knew which rules he could bend and which ones he could ignore; he knew how to fly under the radar in a corrupt and crumbling empire.

But now, that empire was collapsing. And there was a very real danger that all of them could fall with it.

He had a ship and he had a crew (sort of)… So what the hell was he going to do?

Once I publish Running with Argetine I have a decision to make:
Should I write & publish a third book to the Here Comes Earth series (Diaspora)? Although the series is at a natural stopping point I have ideas on how to add a stunning, insightful, and poignant conclusion.

Or, should I add another book to the My Friend the Emperor universe? I have had many requests to do so.

I would appreciate your input.

Thank you so very much…

10 thoughts on “Merry Christmas – and I Need Your Help…”