The development of this series was masterful. You have no idea where it is going until the end. There are hints throughout all three books and tantalizing little bits that take you in multiple directions. Along with short individual’s stories this series is a rollercoaster that drags you up and down the curves and loops of a great read.

Just What I Always Thought

Wow – just Wow. I have had many of the same thoughts about life and our place in it – about God, and the reason for existence. It just makes too much sense. What a fulfilling read. I thought that I was one of the only ones – stupidly. I would imagine that there are millions of us, and now – many more.

What an ending! I wish I could tell you what happened! I have read so many books over the decades but even I was surprised! The author did a great job with his characters… If you read the first two you will love this book.

Get Ready to Understand Everything

Excellent!!! Very unique to my experience. Couldn’t put it down…

Here Comes Earth is a three book series that takes actual events in human history and fits them into an entertaining narrative that ultimately answers the age-old question: What is the meaning of life?

Everything about what we think we know comes into question after First Contact. Politics, economics, religion… even human lifespan; you’ll look at them all differently after reading this series. The technologies represented are realistic extrapolations from current abilities, just as the exploration of space-time and multi-dimensional thinking are logical extensions of quantum physics.

The characters are well developed and the writing is often humorous, and other times poignant. There is plenty of action, but as one reviewer said, “This is a thinking man’s book about a thinking man.” 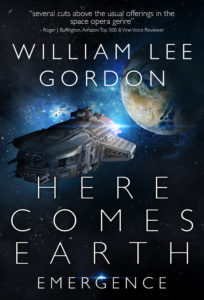 The first book is about First Contact, and the aliens are friendly – or, are they? The main characters are introduced and are almost immediately thrown into a situation replete with intrigue and deception; they’re assigned to a mission that is traveling to the alien’s home world. It becomes obvious that they’re in over their heads and caught up in galactic politics. Can they survive? What will happen to Earth if they don’t? 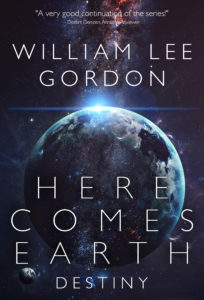 The second book picks up immediately where the first one leaves off. Galactic society is explored in much greater detail and ancient prophecy from sources such as Sumerian tablets, the Dead Sea Scrolls, and the Bible (among others) is revealed to be part of a much larger narrative that spans the galaxy. Once again the Earthers must outwit enemy factions of a technologically superior culture. 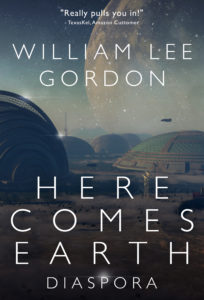 The third book chronicles Earth’s establishment of planetary colonies and reveals the purpose behind all of the prophecy and galactic politics. It turns out the Earthers are special, and our enemies will make one last grand effort at thwarting our destiny.