This Is Why I’m Grateful, Mother… 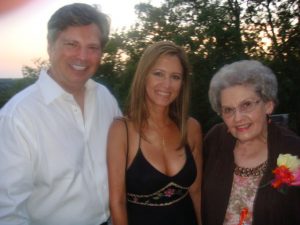 Day I tell you how grateful I am for your love… This year, I decided to get specific:

When I was 14 years old I backpacked and canoed the Border Patrol at Quivira Scout Ranch and the same year earned the Order of the Arrow from the Boy Scouts of America.

Since then I have:

Performed with and taken improvisation lessons from one of the greatest Jazz trumpet performers of all time, Clark Terry.

Scored a touchdown in a football game.

Broken hearts and had mine broken (many times).

I have taught Lifesaving Swimming classes for the Red Cross.

I have hiked the rainforest, walked the Copacabana, and whitewater rafted in the mountains above Rio de Janeiro.

I have actually read the Bible, the Constitution of the United States, and the Declaration of Independence.

I have received standing ovations from thousands of listeners for speeches given across four continents and three decades.

I have witnessed unbelievable abject poverty, and dined at some of the most renowned restaurants in the world.

I have been a pallbearer… and been named a godfather.

I have cruised the Caribbean, and scuba-dived some of the most beautiful locations in the world.

I have witnessed what is considered to be the most beautiful sunrise in the world from the 10,000 ft. rim of the Haleakala volcano in Maui, Hawaii.

I helped support an orphanage in Honduras.

I have hot air ballooned, and picnicked in remote locations only accessible by helicopter.

I have learned another language.

I have travelled the high-speed trains of Europe and gazed, open-mouthed, at some of the most amazing frescoes and architecture.

I have owned a tuxedo.

I met my future wife while traveling on another continent and returned there many times to court her.

I have eaten lunch atop the Schilthorn Mountain in the Swiss Alps and stayed at the Grand Victoria-Jungfrau, a palace built for Queen Victoria in 1856.

I have piloted a small plane.

I have stood side-by-side with the governor, bracing ourselves against the ever-blowing winds, standing on the steps of the Congress Building in Guam, overlooking paradise.

I have raced a NASCAR, and stayed at the hotel made famous by the Eagles in their song, Hotel California.

I was married in a third-world country, on another continent, in another language – in a church whose immense beauty was in its poverty and austerity.

I have written four novels and sold tens of thousands of copies across five continents.

I’d like to think that the number of times I’ve made my wife smile, my family laugh, and been an inspiration to strangers have far outweighed the alternative.

I have many shortcomings that I have left off the list because they are certainly no fault of yours.

All achievements, however, bear your imprimatur.

These things don’t happen by accident. You empowered a small boy, growing up without a father, to believe he could grow up to be and do anything.

You built his confidence, you grew his self-esteem… you gave him your unconditional love.

The manners and values you taught me were much more valuable than any of the money that there never seemed to be enough of.

I can never ever repay you for all that you’ve given me, but I can do my best to enjoy life and pass these things forward.

And after all, that’s the only repayment I can ever remember you asking for…